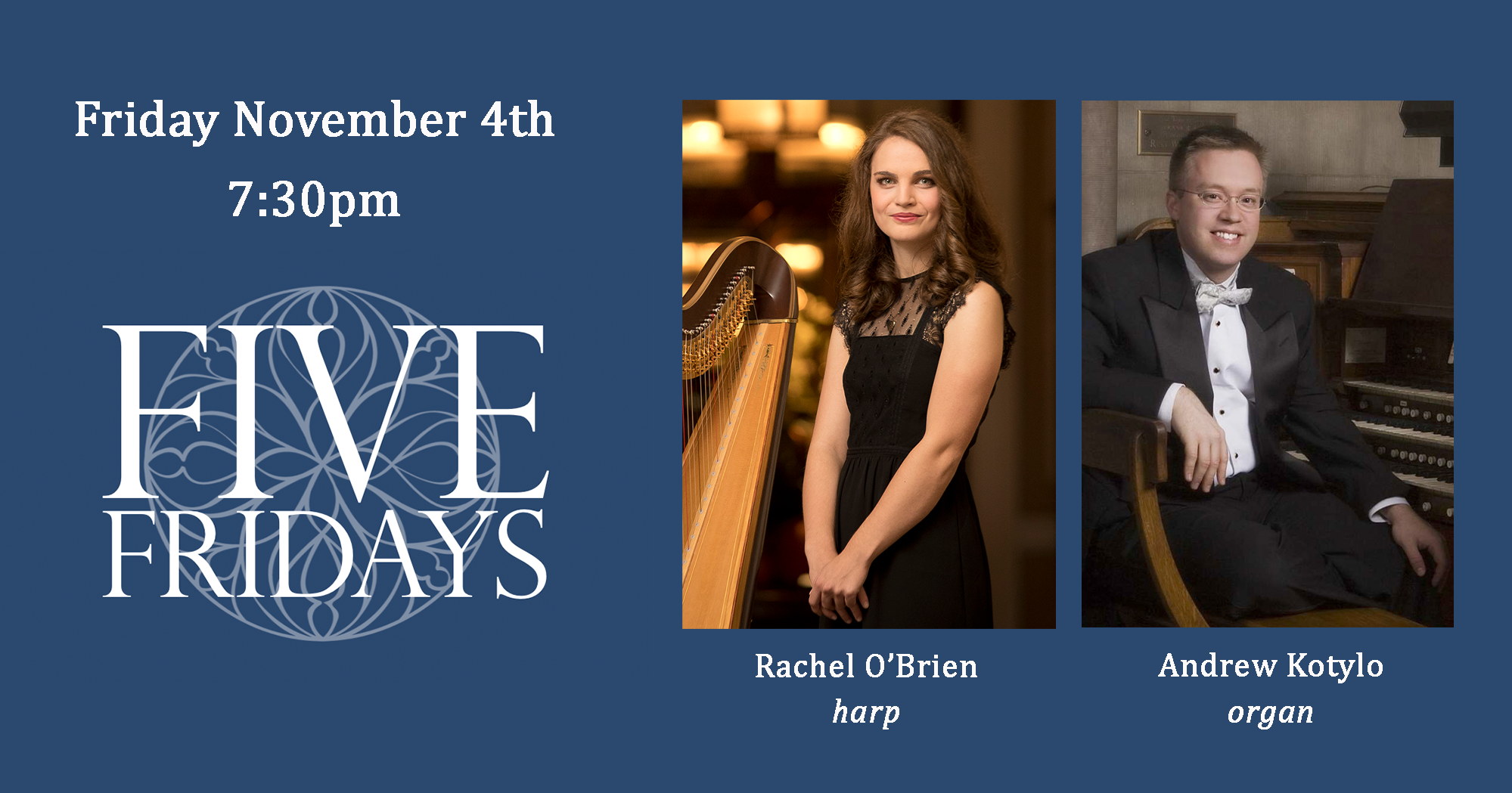 Follow Music at Saint Paul’s in Eventbrite for ticketing updates.

RACHEL O’BRIEN – The 2019 Gold Medal winner of the Houston Symphony’s Ima Hogg Competition, Rachel Lee O’Brien (née Hall) has appeared in Philadelphia’s Kimmel Center for the Performing Arts, Houston’s E. Jones Hall for the Performing Arts, Cleveland’s Severance Hall, and Blossom Music Center. A winner of Astral Artists’ 2017 National Auditions, Rachel has received top prizes from such competitions as the Lyon & Healy Awards, the Cleveland Institute of Music (CIM) Concerto Competition and the Saratoga Harp Colony “Play with the Pros” Competition. She is also the recipient of the Alice Chalifoux Award, and was the 2015 CIM Presser Scholar.

Rachel has appeared as soloist with the Houston Symphony Orchestra, members of The Philadelphia Orchestra, the National Repertory Orchestra, and the Cleveland Institute of Music Symphony Orchestra. She is a member of the Astralis Chamber Ensemble, with whom she regularly tours along the East Coast, commissions new works, and reaches communities of all backgrounds through music.

Passionate about introducing the harp to new audiences, Rachel has a significant following on social media and maintains a private studio for local and worldwide harp students, whom she teaches both in person and online.”

A native of Binghamton, New York, Andy holds degrees from the Indiana University Jacobs School of Music where he studied organ with Christopher Young and Larry Smith and choral conducting with William Jon Gray. Other teachers have included Carolyn Albaugh, Searle Wright, Jonathan Biggers, and John Schwandt. His doctoral document concerns the life and organ works of Searle Wright, and he was assisted in his research by a grant through the American Guild of Organists National Library at Boston University given by the widow of E. Power Biggs.

Andy has concertized throughout the United States and in England, with performances at conventions of the American Guild of Organists and Association of Anglican Musicians that have earned critical acclaim. A top prize-winner in numerous competitions, including the American Guild of Organists’ National Young Artists Competition and Poister Competition, his performances have been featured several times on American Public Media’s Pipedreams. He is also active as a private teacher, competition adjudicator, and has been a faculty member for A.G.O. Pipe Organ Encounters.